99 licenses for Buttons Pro for only $1 each.

And you'll probably never ever have
to hand-code a button ever again in your life.

To obtain a multi-site license you must negotiate a special offer with mnakalay, the developer of Anti-Spammer Master.

Click below to send a private message and begin the process. You may need to sign in to community.concretecms.com before you can message this user.

Before I had this add-on installed we were getting spammed like crazy. 20 to 30 spam emails a day! When I found this…

Anti-Spammer Master for concrete5 is a robust all-in-one spam prevention tool to stop spam dead in its tracks.

What kind of spamming attempts can you block?

You will get 2 reports letting you know how many spamming attempts were blocked in total and by type.

Here's a screenshot showing you the kind of results I got on my own website kalmoya.com: 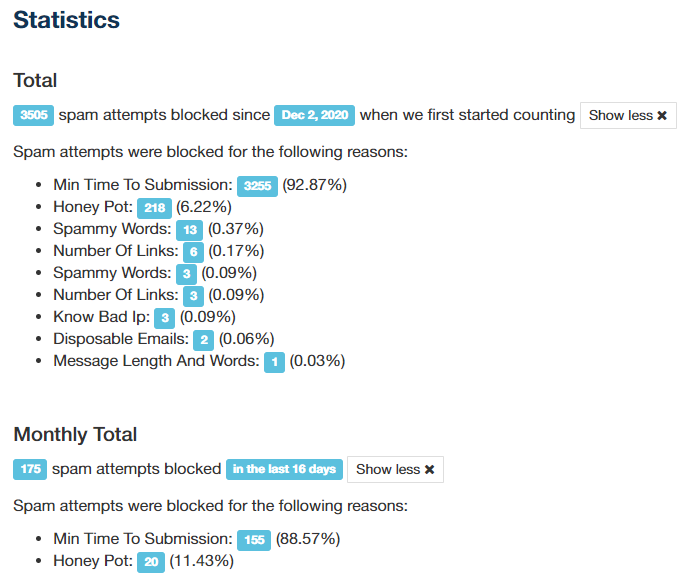 Where will spam blocking work?

Anti-Spammer Master will work with:

No anti-spam system is 100% foolproof. Anti-Spammer Master will do an excellent job blocking most automated spam and even some manual spam but your mileage will definitely vary.