WARNING: concrete5 5.6 and earlier are end-of-life. Sales from the marketplace have now ended. Click here to learn more about this transition.

Do you have a requirement for specialised functionality built on Concrete CMS?
I am available for hire at an hourly rate or can offer a fixed price against a well defined requirement.

Notifications of private messages and support requests can be unreliable. If I have not responded within 24 hours, please email directly - contact details at c5magic.co.uk.

Check out Tab, Toggle and AJAX for a great bundle deal.

Toggled content - some visible, some hidden, and they swap. 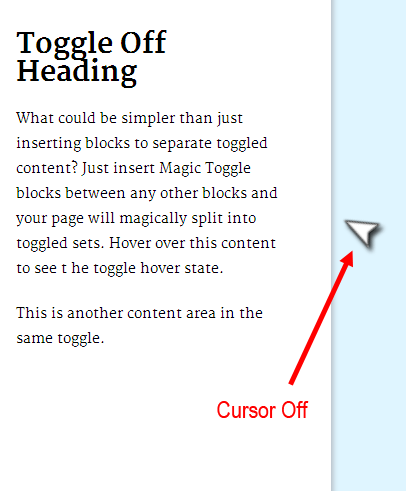 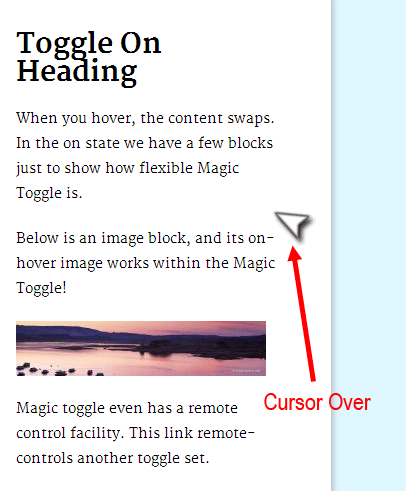 Use Magic Toggle blocks to break an area into toggled groups of blocks. One group visible within a set: 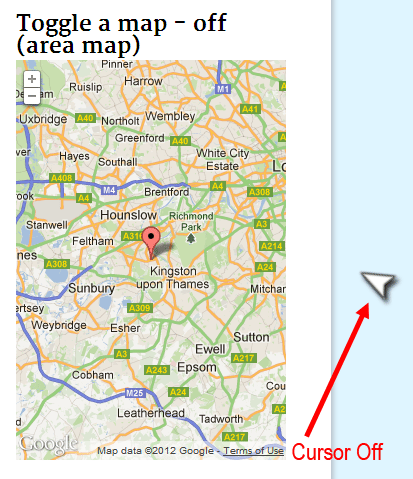 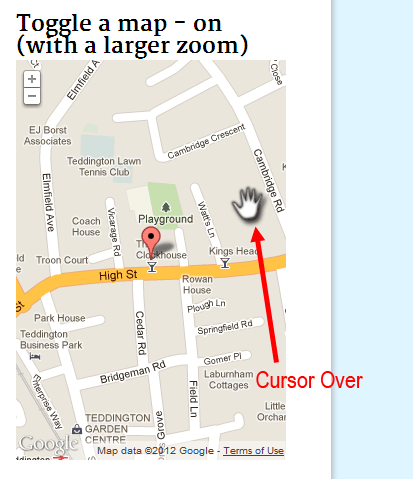 Magic toggle provides a simple JavaScript/jQuery interface enabling developers to add new toggling behaviours. You could even develop from Magic Toggle to create tabs! (But in that case its much easier to use Magic Tabs).

Sales have ended due to EOL